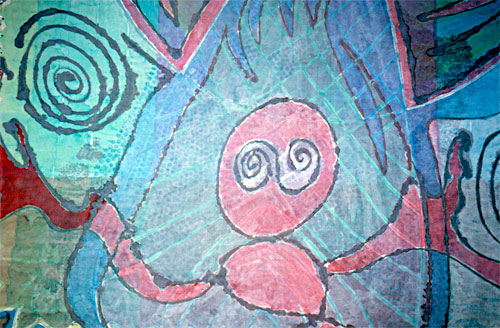 Slate.com advice columnist, Emily Yoffe, wrote an article headlined “The Debt -When terrible, abusive parents come crawling back, what do their grown children owe them?”  Emily pulls no punches either in the title or the article that follows.

What do we owe our tormentors? It’s a question that haunts those who had childhoods marked by years of neglect and deprivation, or of psychological, physical, and sexual abuse at the hands of one or both parents. Despite this terrible beginning, many people make it out successfully and go on to build satisfying lives. Now their mother or father is old, maybe ailing, possibly broke. With a sense of guilt and dread, these adults are grappling with whether and how to care for those who didn’t care for them.

Kudos, Emily, for bring up a painful subject!  She gives her readers lots of latitude in making the debt calculation, and along with some therapist/psychologist strategies (which you may have run into if you have read a book about toxic parents or reached out to a therapist), she includes experiences of famous people who also grappled with visiting, care, re-involvement, reconciliation issues.  Here’s a taste:

Abraham Lincoln couldn’t stand his brutish father, Thomas, who hated Abraham’s books and sent him out as a kind of indentured servant. As an adult, Lincoln did occasionally bail out his father financially. But during his father’s final illness, Lincoln ignored letters telling him the end was near. Finally, he wrote not to his father, but his stepbrother to explain his absence: “Say to him that if we could meet now, it is doubtful whether it would not be more painful than pleasant.” Lincoln didn’t attend his father’s funeral.

One more quote before you go to Emily’s excellent article in its entirety, a section where she consults Dr. Vincent Felitti.  (Look here for information on the Adverse Childhood Experiences Study mentioned. You might want to take the ACES test yourself.)

One hallmark of growing up in a frightening home is for the children to think they are the only ones in such circumstances. Even when they reach adulthood and come to understand that many others have had dire childhoods, they might not reveal the details of their abuse to anyone. “The profound isolation that’s imposed on people is a very painful and destructive thing,” says Dr. Vincent Felitti, co-principal investigator of the Adverse Childhood Experiences Study. According to the Centers for Disease Control and Prevention, about 3.3 million cases of abuse or neglect were reported to child protective service agencies in 2010. This vastly undercounts the actual number of horrific and painful childhoods, as most never make it into any official record. The CDC notes that some studies estimate that 20 percent of children will be the victims of such maltreatment. That means a lot of people are wrestling with this legacy.

Alice Miller, in her book “The Body Never Lies” comments on the aging/dying parent problem with an interesting observation about the place of caregivers:

This example [of a women who decided if she could not visit her mother as a loving daughter, she would not visit] is not designed to suggest that one should on no account be a loving child to one’s parents when they are near death.  This is something that everyone will have to decide for themselves.  But if our bodies remind us so sternly of the cruelties we once suffered, then we have no choice.  We must listen seriously to what our bodies are telling us.  Sometimes, complete strangers may be better companions for parents facing death because they have not suffered at their hands.  They have no need to force themselves to tell lies, they have no need to pay for what they do with depression, and they can show their compassion without having to pretend.

While therapist have their place in helping us fill the gaps left by those cleverly-named “adverse childhood experiences”, it may be that surrogates in the form of less-damaged family members or strangers who work in the helping professions can be the answer to the debt question.

Return to Index of Abuse Articles

Recommend this site to others or send this link to a friend:

Learn about abuse and recovery your way at survivepersonalabuse.org

Show Me Articles About….

Thank you for spreading information you find here via e-mail and social media.

To duplicate or re-post any of the material on this website, please give full credit to this site and to the authors and researchers referenced here.